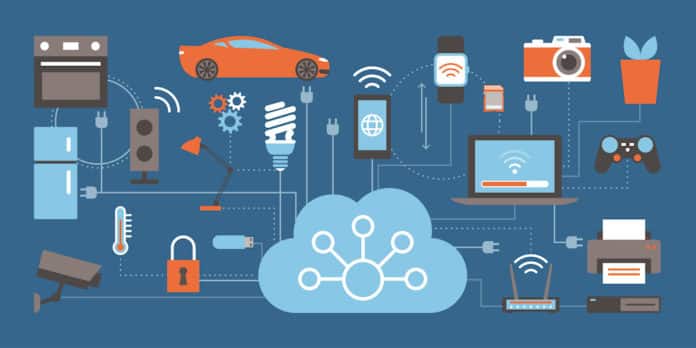 The Internet of Things (IoT) has arguably been one of the most important technologies to emerge in the past decade. After many years of speculation — and some concern that our extant computing and storage infrastructure couldn’t handle it — we are now living in a world that is full of networked, connected devices.

The sheer number of data that the IoT generates, and the need to store them, poses a huge challenge to storage engineers. Meeting this challenge, however, has also pushed forward storage technologies, and especially those related to cloud storage. As we’ll see in this article, the IoT and cloud storage exist in a symbiotic relationship, in which advances in one of these technologies drives those in the other.

IoT and Cloud: A Symbiotic Relationship

In order to understand the relationship between the IoT and cloud storage, it’s worth thinking about the history of the IoT. Specifically, when the IoT was first proposed — even as a theoretical system — the major limitation on development was always seen as data storage and processing. Even a decade ago, we had the technology necessary to collect data via a network of interconnected sensors and devices; the problem was how and where to store and process this data.

That’s where cloud storage comes in. Because cloud storage paradigms act as an “abstraction layer” between where data is stored on hardware, and the way in which these hardware devices are “seen” by IoT devices, cloud storage provides IoT developers with a powerful, flexible, and agile way to work with IoT data. In the best cloud storage systems a developer may not even be aware of the way that data flows through and between IoT-focused clouds, because the complexities of this process are hidden inside autonomous storage management systems.

The proximity of this relationship between cloud storage and IoT is such that some analysts have seen it as a symbiotic one. That innovation will also come with significant gains for companies that are able to take advantage of it. Research indicates that the global market for IoT-powered services is going to exceed $1 trillion by 2026. This market expansion is going to require similarly expanded IoT and cloud storage infrastructure.

The emergence of real-world IoT networks over the past ten years has driven the development of innovative cloud storage models and solutions. IoT networks don’t just need huge amounts of storage, but they need to be able to access data quickly. This means that the “traditional” model of data storage, in which they are stored in one place, in a distant mainframe computer, quickly fell out of use when it came to IoT networks.

Instead, this traditional model was replaced by a number of cloud storage architectures, each designed to provide the necessary capacity and speed to power IoT networks.

Over the past decade, we’ve seen four such architectures emerge:

Each of these models is suitable for a different type of IoT system, and each has its own advantages and disadvantages. However, taken as a whole, these cloud storage architectures have been almost single handedly responsible for avoiding the storage armageddon that many developers feared would occur when IoT networks became mainstream.

Storage at the Edge

Finally, it’s also important to note that innovation in cloud IoT storage has not stalled. Indeed, new technologies are emerging all the time, and some of these have done so as a direct result of the needs of IoT networks. A great example of this is the current interest in edge computing and storage.

The idea of “edge computing” is simple enough — it is a model in which data are stored and processed close to where they are produced and needed. Implementing this system requires that processing capacity be put in place close to the edge, but also storage infrastructure.

Nevertheless, with many firms dedicated to this task, it seems inevitable that edge storage is poised to become the next paradigm in IoT storage. Industry experts agree; in the Worldwide Edge Infrastructure Forecast, 2019-2023, it is noted that “edge infrastructure is poised to be one of the main growth engines in the server and storage market for the next decade and beyond.”

As a business owner, the emergence of IoT networks and novel edge storage paradigms means one thing above all: that it might be time to look at upgrading your storage infrastructure for edge computing. Contemporary cloud storage providers are able to offer flexible, scalable cloud storage solutions that are fast enough to run the most advanced IoT networks, all while ensuring security at the edge.

Read next: Trends in AI-Driven Storage

Computational storage delivers processing power to traditional storage systems. Here is why it is rising in popularity.
Storage Management