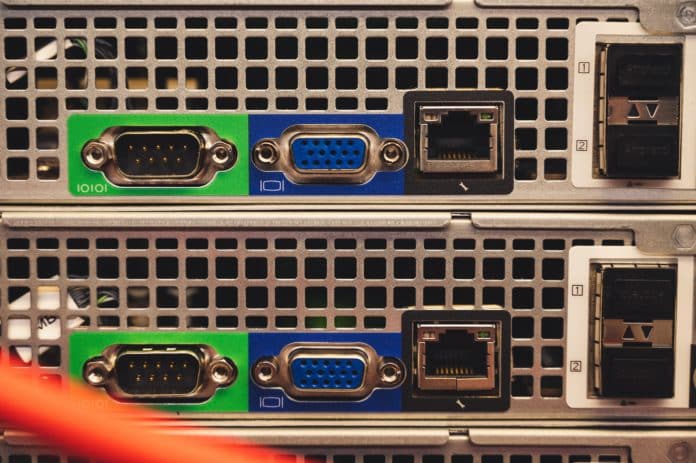 Network-attached storage (NAS) allows users to access files stored on a NAS device from multiple other devices that are on the same computer network as the NAS. Some NAS devices enable remote access, which functions similarly to cloud storage: users in a different location can still connect to the network and access the files stored on the device.

NAS devices are most useful for small businesses that need to store and share files and personal users who want to store or stream data in their home. Households that share a lot of media or documents can benefit from a NAS device. NAS devices are often used for their data backup capabilities. One common use of NAS devices is for Random Array of Independent Disks (RAID), a method of backing up data to the next disk over if the original disk fails.

Some technology and storage experts believe that NAS is on the way out the door—it’s less relevant because the cloud also provides remote access from any location with an Internet connection. Though they have a point, NAS devices are still often much cheaper than cloud storage packages. That’s one of the reasons small businesses, self-employed individuals, and smart home owners still use them despite the proliferation of the cloud.

How to Select NAS Devices

NAS devices encompass a broad array of sizes. You’ll first want to consider how much storage you need, depending on how many people will be storing or accessing data, if you want to stream a lot of media, and whether you need business-level file storage or just enough for personal use. Typically, the more bays a device has for disks, the more storage capacity it offers.

Storage capacity also must balance with budget. Though purchasing a NAS device can save you a significant amount of money in the long run compared to cloud storage, it’s still an up-front investment. Keep both your budget and your desired storage capacity in mind as you shop.

NAS devices are sold either diskless (you have to purchase the hard drives separately) or prepopulated. NAS manufacturers will recommend their own hard drives for their devices, but that doesn’t mean that other drives are incompatible—for example, that a Seagate hard drive wouldn’t work inside a Synology NAS. Do independent research if you’re planning to buy NAS devices and HDDs from different manufacturers; typically the seller will list which drives are compatible with their NAS.

A few other things to consider:

The following overview covers seven NAS devices from some of the most recognized NAS providers. We’ve listed our choices for the best devices depending on your main reasons for purchasing a NAS, including their best features and some potential drawbacks.

Synology’s DS220+ is one of the best two-bay NAS devices on the market. It’s comparable in price to other two-bay devices, but its superior performance and quality are what make it such a bargain. The DS220+ offers RAID protection and disaster recovery for data.

The DS220+ uses Synology’s DiskStation Manager software, which serves as a type of operating system for all Synology NAS devices. The DS220+ is straightforward to set up and use. For users who need to store and manage media, it provides applications for video, photo, and audio. And for buyers who want the best performance from a small NAS, it’s the best overall value and quality. 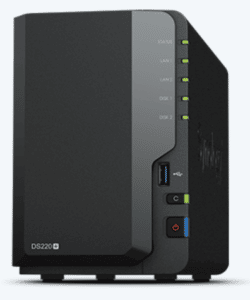 Great NAS for personal and home use

The TS-251D, less expensive than Synology’s DS220+, has plenty to offer: an Intel Celeron dual-core processor, an Ethernet port, five USB ports for connecting other devices and drives, and an HDMI port for streaming media. The two-bay TS-251D is a really solid quality NAS device, which is why we recommend it for home users. If you want to play videos regularly, the TS-251D is one of the best two-bay NAS choices for media storage and streaming. 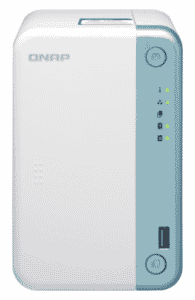 Runner-up for personal and home use

If you want a good WD drive for your home, but the Personal’s lack of two bays is a dealbreaker, then the EX2 Ultra, with its two bays and RAID option, is a good alternative. It offers up to 28 TB of storage, if you really need that much and have over a thousand dollars to spend. But if not, it’s available in many more modest storage sizes as well.

The EX2 Ultra has a dual-core processor and is a good option for personal storage and streaming. Be aware, though, that some of Western Digital’s personal NAS devices have received a slew of bad reviews for significant storage failures and slowdowns, as well as criticism for WD failing to give support when devices or backup failed. The DS920+ is one of the best NAS devices on the market, and it could fall into a lot of these categories. If you have a small business and need a lot of high-speed, high-quality data storage and backup, the four-bay DS920+ is on your shortlist. It offers multiple versions of RAID and support for many applications, both third-party and Synology.

Synology is known for easy-to-use, good quality software, and the DS920+ is no exception. But the reason it’s the best choice for SMBs that need advanced storage is its two NVMe SSD ports. Not many NAS devices offer this feature, but in the DS920+ it’s just another perk. 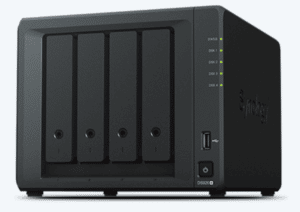 Synology tech, eight bays, and under a thousand dollars: the DS1821+ is one of many in a long line of high-quality, high-performance NAS devices that Synology offers small businesses. If you need more data storage than the DS920+ can offer, and you know there’s a possibility that amount will need to scale, the DS1821+ is your go-to: it’s compatible with Synology expansion bays, up to eighteen drives.

And for those that think the era of NAS devices is completely over, DS1821+ support for NVMe challenges their supposition by offering connectivity to some of the fastest data storage on the planet. This device also has two M.2 ports. 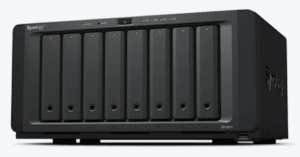 The 5N2 is nicely set up for homes and small offices, especially businesses that have employees in different locations. Its Ethernet ports connect to a computer directly. The 5N2 offers encryption for remotely accessed files and a disaster recovery system. Its five bays provide plenty of storage for media such as videos and music.

One selling point of the 5N2 is its battery, which is a last-ditch protection for data should all of the disks fail. Though it’s a bit expensive, and the cooling fan can be a bit loud, the 5N2 offers good performance and data protection. If your employees find themselves needing to reach files from other cities while keeping those files secure, the Drobo 5N2 is a good option. The AS5304T, also known as the Nimbustor, is one of the best NAS devices for gamers, but it’s more versatile than that. The Nimbustor, which comes with camera licenses, can also serve as part of a home surveillance system. It has four bays and support for RAID.

It has an Intel Celeron processor with quad cores, two Ethernet ports, an HDMI port, and three USB 3.2 ports. The Nimbustor is a good choice for users who need to download a lot of applications onto their NAS device. It’s pricey but a worthwhile purchase if you’re looking for a lot of power to store and stream game or media data. 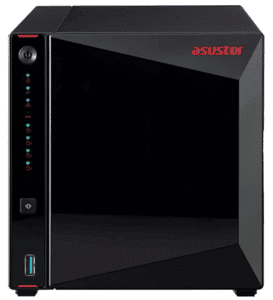 Most technologies eventually outlive their own usefulness, but a rare few withstand the passage of time. While floppy discs vanish beyond the horizon, taking...
Storage Hardware

Out-of-date legacy systems can act as the weak link in an organization’s push for innovation. This is particularly true of legacy servers attempting to...
Storage Hardware

Flash storage is a solid-state technology that uses non-volatile memory, meaning data is never lost when the power is turned off. It can be...