The market for video surveillance solutions is growing by leaps and bounds as both governments and businesses keep a sharper eye on their facilities and the people surrounding them. Toshiba’s answer to this growing demand for video storage is its new line of 3.5-inch, 7,200 RPM hard disk drives (HDDs) that top out at 10 terabytes (TB). 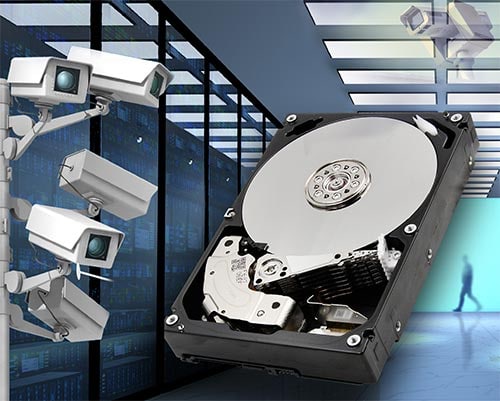 In addition to the 10TB model, Toshiba’s MD06ACA-V series HDDs are available in 6TB and 8TB sizes.

Toshiba isn’t the only hard drive vendor targeting the space.

The new HDDs arrive amid a boom in the market for video surveillance systems.

Increased demand for more automated and intelligent physical security solutions will drive over $6.4 billion in spending on video surveillance solutions in the U.S. until 2023, predicted Frost & Sullivan. American municipalities, retail stores, critical infrastructure sites and commercial facilities are all snapping up equipment and services that help security personnel detect and respond to potential incidents faster.

Dropping prices on video storage hardware and surveillance cameras are boosting the market, noted the market research and consulting firm. The advent of intelligent video analytics and cloud-enabled solutions is also driving demand.