What Is Formative AI? Exploring the Future of Artificial Intelligence

Up until now, artificial intelligence technology has largely used learned reasoning to automate tasks (like telling a storage node to increase capacity), detect potential threats or anomalies in systems and alert human administrators, or other jobs that it can be trained to do. Formative AI goes far beyond that by allowing computer systems to create digital content, rather than just refine existing processes. This new approach is so revolutionary that some experts are questioning Formative AI’s effect on the job market — even its effect on judicial systems. 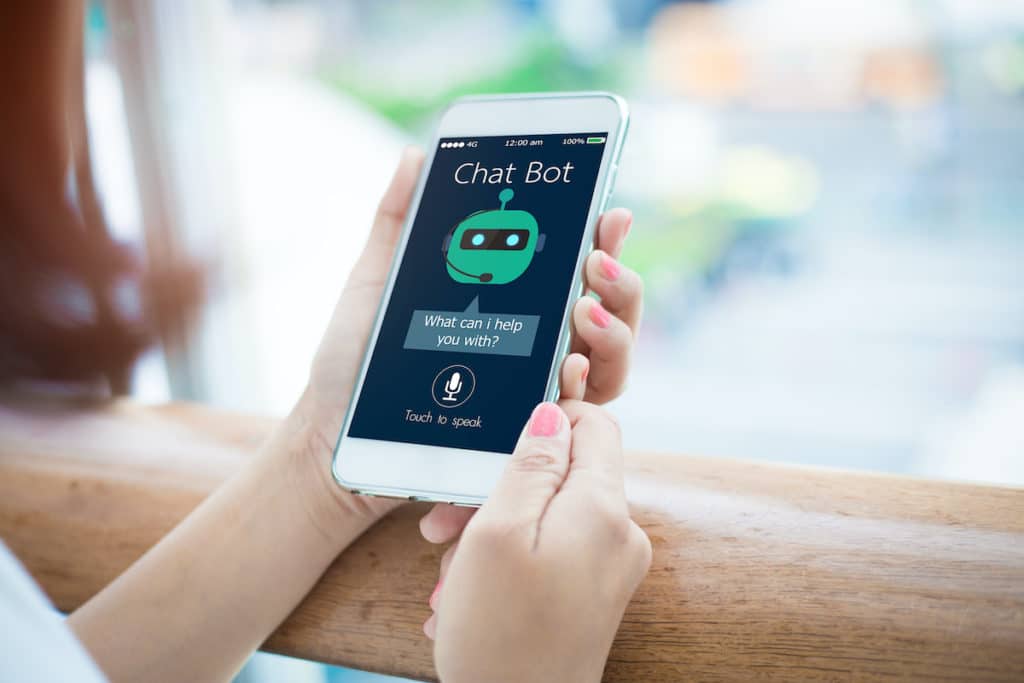 A chatbot, a traditional example of AI, responds based on trained responses to customer inquiries.

What Is Formative AI?

Formative AI is an emerging artificial intelligence technology that focuses on the ability of AI to generate and process accurate digital content. It first gained widespread attention when Gartner mentioned it in the Gartner Hype Cycle for Emerging Technologies 2020 report. According to recent research, formative AI “dynamically adapts” to changes in systems and data.

Arguably, artificial intelligence is supposed to dynamically change depending on the input of data and the given situation; in this context, formative AI doesn’t sound like anything new. But both AI and machine learning require immense amounts of data input in order to analyze and develop an understanding of that data and how to utilize it. This learning process takes time. Formative AI makes much quicker adjustments based on rapid changes in systems, software, or infrastructure.

Formative AI poses possibilities for data centers and storage infrastructures, as well as networks, threat intelligence systems, and software development. Though it’s in its infancy, formative AI suggests greater intelligence and initiative from computing systems, which ideally will provide more automation and accuracy.

Formative AI doesn’t just have implications for the high-performance computing world. It promises to make content creation and technological designs easier. These possible applications include vehicle and machinery designs, graphic art, written text, or engineering diagrams—anything that a computer could realistically look at samples of and then design its own. Formative AI systems could even design realistic-looking human faces. 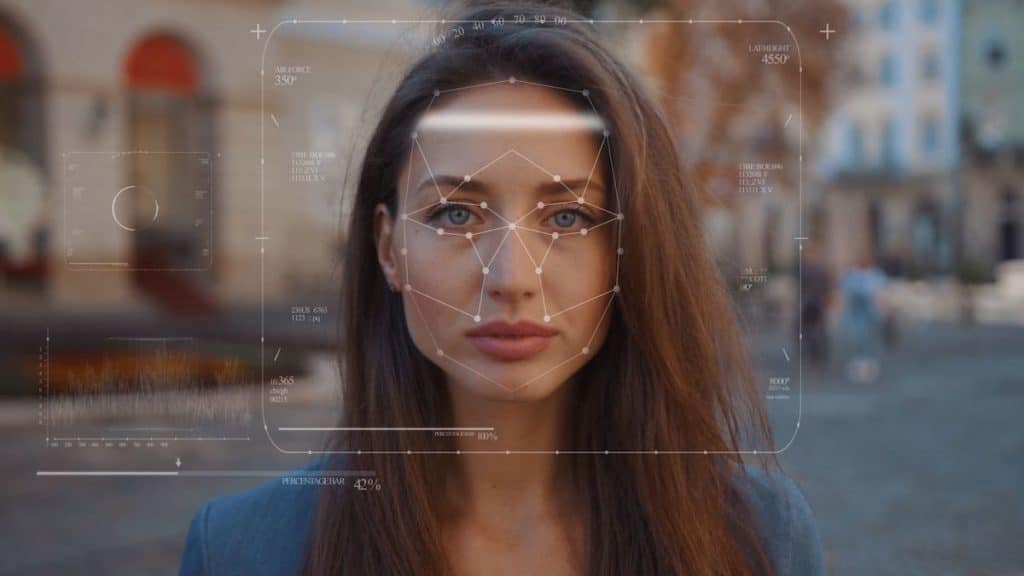 This premise is exciting for enterprises that want to fiercely compete in their industry by improving designs, whether those designs are digital (a mobile app, for instance) or physical (like a new part for a car). It also poses concerns, in an already uncomfortable job market, for employees who fear finding themselves ousted from their positions by some well-trained servers and software.

Generative AI is content generation performed by artificially intelligent systems. This can include:

Generative AI is particularly promising for business fields such as content marketing and design — companies that require large, regular amounts of copy and visual marketing content will benefit from its automated design. It can also generate realistic-looking human faces, which don’t belong to any one person but resemble a photograph of a live human being. We’ll come back to this later.

One hard-to-picture advantage of generative artificial intelligence is its lack of human perception. Human understanding and bias sometimes places often-unrecognized limits on design: people just don’t always imagine what’s possible. But a generative computer system, which has none of those prior experiences, just uses volumes of data to craft potential designs. Generative AI opens the design world to ideas that people ordinarily might not imagine.

A generative adversarial network is a type of machine learning that was originally developed by pitting two neural networks against each other in a game. One neural network is a generative network (similar to the AI discussed above) and the other is a discriminative network. The generator creates synthetic pieces of content, perhaps an image, and the discriminator must identify which content shown to it is generated or real. A discriminatory model receives input variables and must place them in the correct location, while a generative model creates an example.

The benefit of GANs is twofold: developing in networks the ability to generate realistic content (generative) and the ability to distinguish fake, or machine-created content. Each neural network sharpens the other; one improves in creating artificial work, while the other improves in telling the difference. The discriminatory network is important because formative AI, while useful, can be a source of fraud as well as legitimate business content creation.

New concept though it may be, some major corporations are already implementing or supporting formative AI technologies. These include IBM and NVIDIA. NVIDIA is using generative adversarial networks to train machines to perform predictive analytics from a synthetic set of data; it has also created an AI model that uses a limited pool of data to create synthetic artwork. IBM is researching how generative AI models can increase the discovery phase of drug design through virtual molecule creation.

Synthesis AI, a company that produces synthetic data and trains machines on it, has developed computer vision technology using generative AI. The company’s intent is to shift from heavy human supervised learning to a greater reliance on machines, which can identify images using generative AI and computer vision much more quickly. Camera applications can benefit from GANs, too: these networks learn to identify faces more accurately, which could improve surveillance techniques.

Because generative networks can create realistic content, there is a risk that synthetic images, for example, can be used for fraud. Generative technology could eventually create synthetic video and photo content that falsifies real people. The use of deep learning to falsify people’s words or actions is called a deepfake. Security companies are already pointing out that this false content is a concern.

This isn’t a comprehensive overview of deepfakes or generative AI, but it raises some ethical issues:

Fear of fraudulent content isn’t the working world’s only concern about AI, though. They’re afraid that eventually, artificial systems will remove their jobs. The era of artificial intelligence is not the first time a technological shift has drastically changed work habits: the Industrial Revolution caused myriad working-class adults, as well as children, to leave their home trades and work long, set factory shifts.

For at least the foreseeable future, generative technologies won’t change the job market that drastically. There are a couple of reasons:

Though it’s wise to consider the possible long-term effects of artificial intelligence on jobs as your career develops, formative and generative AI won’t usurp most positions just yet.

Artificial intelligence poses more legal issues than fraud, too. As it’s been implemented so quickly over the past decade or so, lawmakers struggle to keep up. Courts, then, have the challenge of applying existing laws to AI technologies, and manufacturers of intelligent computer systems can be held responsible for any broken regulations, according to Berkeley Law. However, generative systems, which will have greater autonomy in creating designs and will potentially have less relationship to humans, might be a bit more difficult to hold to judicial standards.

AI in Storage and Data Centers

AI offers a variety of benefits for data centers and storage infrastructures. In addition to the automation of basic administrative and monitoring tasks, which removes burdens from IT professionals, intelligent systems can:

AI that both adds metadata to data and analyzes existing metadata is particularly important for object storage. In stores and lakes that hold large volumes of unstructured data, artificial intelligence can more efficiently sort or search identifying information about that data. AI and object storage are an important partnership; large organizations need object storage for both its scalability and its lower costs, and they’ll need intelligent automated systems to manage object-stored data.

Data and AI have a somewhat symbiotic relationship in modern data centers and big data applications: in most cases, intelligent systems and machine learning platforms require large volumes of data initially to be trained. But data science also needs AI and machine learning to extract the most relevant insights and implement them to improve storage and infrastructure. AI, predictive analytics, automation, and big data all go hand in hand.

Data lakes and object storage will be essential to the growth of generative design and formative AI technologies. They store massive amounts of structured and unstructured data, including large multimedia files, that machines need to learn how to create models and designs. In the rapidly-advancing development of formative artificial intelligence, data storage will play a crucial role.