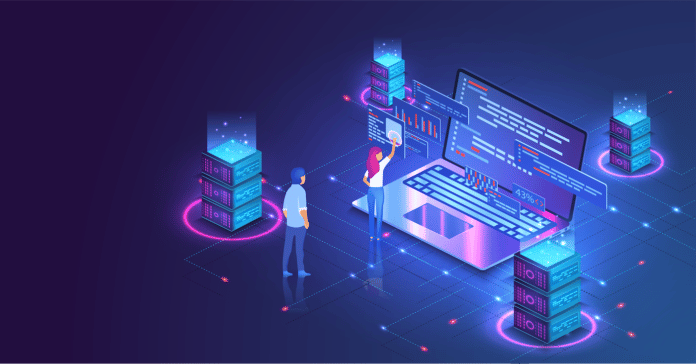 Computational storage is a data storage technology for optimally arranging both data analytics and data management functions within a storage device.

The Storage Networking Industry Association (SNIA) defines it as an architecture that provides computational functions in storage as a way of offloading host processing or reducing data movement. This enables improvements in application performance and infrastructure efficiency through the integration of compute resources that would normally be provided via traditional compute and memory resources.

The computational element is either directly situated within storage or can be placed between the host and the storage. The ultimate goal is to enable parallel computation and alleviate constraints on existing compute, memory, storage, and I/O.

This approach bypasses the need to move data between the CPU and a storage layer, a reason for slow response times. By hosting high-performance computing applications within the storage itself, it is possible to lower resource consumption, reduce costs, and achieve higher throughput. It also removes any bottleneck between data paths and host CPUs by moving computational elements into or beside the storage device.

There are multiple use cases for computational storage:

How to Select a Computational Storage Vendor

What are the most important criteria a user should look at when evaluating computational storage options?

The value of a specific computational storage solution depends on how closely it aligns to the solution of a variety of challenges related to data size, the movement of large data sets, and the location of that data. If implemented correctly, it can provide the needed support to turn raw data sets into more meaningful results or simplify the work needed to be done by the CPU, GPU, or other processing engines.

Determine the Relative Importance of Performance, Efficiency, and Resilience

Different approaches to computational storage may address one or more of these areas better than others. For example, storage-related functions of SSD-based applications consume resources from the CPU, SSD, and network. Computational storage can directly address performance and throughput and reduce latency.

As always there is a tradeoff between cost and functionality. Some computational storage platforms may offer more power, but it may not be needed for some applications. Balance cost against value to the enterprise.

Enterprise Storage Forum rates the following among the top computational storage platforms, in no particular order.

NGD Systems uses an NVMe SSD that has application execution capability on the drives. The company partners with other companies to standardize on the technology terms and drive the creation of the SNIA Technical Working Group (TWG) for computational storage. NGD’s Newport Platform is said to be the first 16 flash channel computational storage solution that provides in-situ processing with high performance.

The Pliops Storage Processor (PSP) is a hardware-enabled storage engine available as a cloud service or in a PCIe card form factor. With Pliops storage acceleration, companies can consolidate existing infrastructure, eliminate bottlenecks, and improve resource utilization without changing applications. The computational resources in the Pliops Storage Processor can be used to deploy data structures and algorithms that optimize the disparate costs of compute and storage. Pliops claims that customers have measured performance throughput gains as high as 25x and latency improvements greater than 1,000x.

ScaleFlux is an early pioneer of computational storage drives. It brings compute closer to the data, reducing data movement, and boosting application performance. ScaleFlux aims to help users overcome the challenges they face in scaling to handle the exponential growth in the data storage, data processing, and data movement needs of the enterprise.

Samsung provides a CSD that is an NVMe SSD with an FPGA accelerator on the same U.2 form factor card. It is called the SmartSSD and is promoted by the FPGA partner Xilinx. It offers up to 4 TB of storage and the device provides a peer-to-peer path between the FPGA and the SSD. integrates heavy-duty compute engines with high-capacity NAND flash storage to raise processing efficiency.

Eideticom provides the NoLoad Computational Storage Processor to a variety of other providers. These products do not support any specific storage space; rather, it helps to disaggregates compute and storage into independently scalable resources.

Nyriad began as a developer of technology used in radio telescopes for deep space exploration. More recently, the company developed a CSD driven by Nvidia GPUs that can handle data processing at 160 TBps. It promises to deliver the highest possible performance with bulletproof reliability, resilience, consistency, and integrity. The company appears to be in semi-stealth mode as the website lists little in terms of product details.

Netint offers an ASIC combining an SSD controller with compute power. Its focus is largely on multimedia production, as well as video surveillance, CDN, edge, and data center operations.

REDWOOD CITY, Calif. — The digital infrastructure company Equinix is expanding into Africa through its acquisition of the data center company MainOne. MainOne a leading...