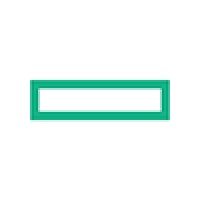 Hewlett Packard Enterprise (HPE) is ending another year as one of the top providers in the global enterprise storage market, netting over $1.2 billion in revenue from that sector alone.

With a focus on edge-to-cloud, artificial intelligence (AI)-optimized data storage and a recent partnership with Chinese networking giant H3C, HPE’s portfolio of storage products is stronger than ever, but the field remains highly competitive.

Buyers of storage hardware have no shortage of options, so let’s take a closer look at the value HPE brings to the market:

HPE has been seeking to diversify its storage offerings, attempting to serve the full scope of customer use cases, big or small. Further, their Greenlake strategy of leasing storage-as-a-service brings the cloud hardware right to the client’s premises, metering usage so the client only pays for what they use. Some of the products offered under this model or for purchase include:

Unstructured data all the way up to petabyte scale:

Cloud-optimized storage for apps and data that are frequently accessed:

The program aims to provide its members with enhanced growth, profitability, and innovation through this deep well of knowledge and offerings.

Notable storage providers within this network include familiar names: such as high-performance chip manufacturer AMD; networking and IT provider Lumen; and private, public, and hybrid cloud provider AC3.

HPE has created a site to assist in the location of a storage providers near its clients, making access to servers and comparison of services relatively simple.

The city of Edmonton, Canada recognized the dwindling presence of libraries in the digital age, so it developed an aggressive plan to position its own library as a fully modernized center of knowledge, empowered with an edge-to-cloud digital platform provided by HPE. The result created equitable access to cutting-edge computer technologies, such as the largest interactive wall in North America, an expanded makerspace, professional sound studios, gaming PCs, and a fabrication lab.

HPE’s back end enables connectivity for more than 200,000 user sessions each month, with service extending to outdoor spaces as well. All of this rests on HPE’s Nimble Storage data platform, which also hosts the library’s business and facilities data, integrating a once highly decentralized environment and reducing data redundancy.

Further support comes from HPE InfoSight, an AI-driven autonomous server management software that relies on predictive analytics to prevent outages. After a four-year renovation, the Edmonton Library has emerged as a world-class center of knowledge. Much of the digitization of services could not have arrived at a better time, as pandemic conditions forced customer activity off-premises, creating a need to extend library services beyond its front door.

Technology and business insights firm Gartner Peer Insights has collated reviews of HPE’s storage products, giving users access to the product experiences from the perspectives of IT professionals.

The final review continues: “They cover BUR, online storage, and host computing in a complete ecosystem — all tied into HPE InfoSight, which gives us analytics correlated across all stacks.”

The customer was seeking a product that would simplify data storage, increase data density, and not sacrifice performance along the way. Additionally, they were transitioning from older technology but were seeking to guard against the impact of physical upgrades. Particular praise was given for cost-effectiveness, ease of transition, and customer support.

Only a handful of customers post negative or middle-of-the-road experiences.

For three consecutive years, Gartner has recognized HPE for the company’s storage services, granting it the “Leader in the Gartner Magic Quadrant” for primary storage award.

In addition, HPE has accumulated a wide assortment of awards and honors, ranging from the top 50 Most Impactful Big Data Companies of 2021 award, the Big Data 50 award, and the Coolest Big Data Systems and Platforms Company award.

From a corporate social responsibility standpoint, HPE has been highlighted as one of the “World’s Most Ethical Companies,” joining the ranks of Honeywell, GM, and storage rival Dell.

HPE in the Hardware Storage Market

Still dominating the enterprise external OEM storage marketplace is technology giant Dell, which owns more than a quarter of the total market, compared with HPE’s 11% ownership.

Recent trends show a slight decline in market share on Dell’s behalf, with a matching uptick from HPE, bolstered by its partnership with Chinese-based H3C.

HPE remains neck and neck with familiar solution providers, such as NetApp and Huawei, with Hitachi, IBM, and Pure Storage a comfortable distance away and making up a combined 15% of the market between the latter three firms. 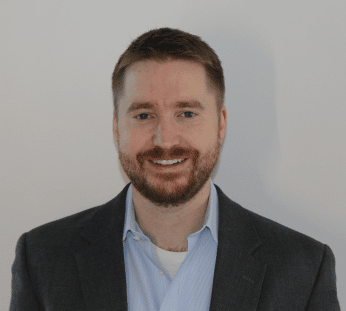 Litton Power
Litton Power is a writer and public affairs consultant. He has an extensive background in science, technology, and the energy sector and was a former science communicator at Idaho National Laboratory. He lives in Tennessee, where he spends his free time hiking, camping, and building furniture.