The acronym RAID stands for redundant array of independent disks. A RAID system may be hardware or software, and virtualizes physical storage drives to improve performance and create data redundancy. Controller-based RAID generally refers to hardware-based RAID, as opposed to server-based RAID, which is both software-defined and software-hardware hybrids.

What is a RAID Controller?

RAID controllers work by virtualizing the drives into distinct groups with specific data protection and redundancy characteristics. The front-end interface communicates with the server, usually via a host-based adapter (HBA); and the backend communicates with and manages the underlying storage media; usually ATA, SCSI, SATA, SAS, or Fibre Channel.

RAID controllers are classified by multiple characteristics including drive types such as SATA or SAS, the number of ports and number of drives it can support, specific RAID levels, interface architecture, and how much memory exists in native cache. For example, this means that a controller manufactured for a SATA environment will not work on a SAS array, and that a RAID 1 controller cannot be modified into a RAID 10. 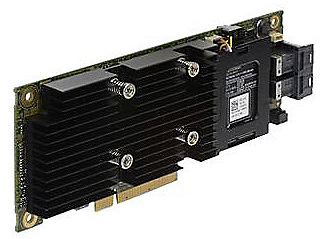 Software RAID delivers RAID services from the host. It comes in two flavors: software-defined hosted in the OS, and a hybrid architecture that contains a hardware component to relieve the load on the CPU. 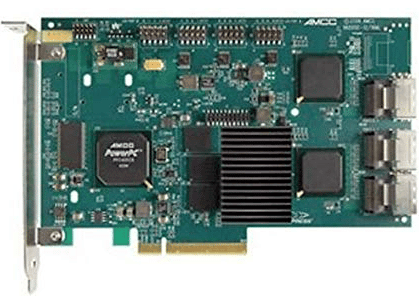 What are the Different RAID Levels?

See this in-depth discussion of RAID levels. Here’s a summary:

RAID controllers are specific to RAID levels. The most common levels are RAID 0, 1, 5/6, and 10. For more in-depth information, read RAID Levels.

The controller architecture of hardware-based RAID is more expensive than software-based RAID, but increases system performance and is not subject to boot errors.

However, in higher performance environments with compute-intensive arrays, hardware RAID 5/6 will provide better performance than software defined RAID. And if you need to scale-up to RAID 10, you will probably not find software-based alternatives.