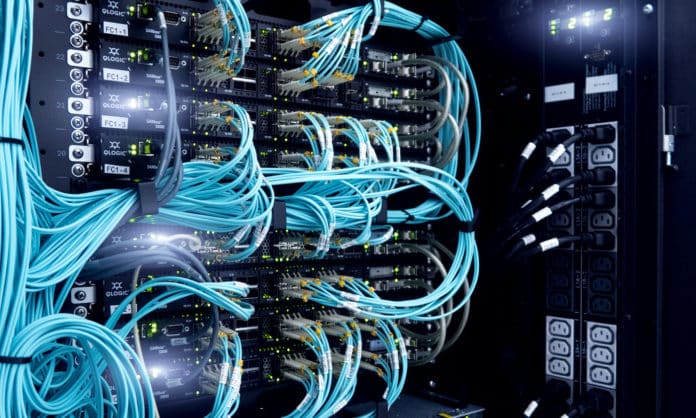 In use for nearly four decades, RAID is a technology that improves performance and protection when storing data on multiple hard discs. It accomplishes this through combining pre-determined configurations with disc arrays for greater speed, security, and overall fault tolerance.

Depending on how the discs are combined or how the configurations are set, there are different RAID levels (ranked from 0 to 9) that offer unique advantages in regards to how data is replicated across multiple hard drives.

One of the most commonly used RAID levels is RAID 10, and that’s what we’re going to discuss in this article.

In this guide, we’ll cover what RAID 10 is, its primary advantages and disadvantages, and how it compares to other RAID levels – and in particular RAID 5.

Put simply, RAID allows at least two hard drives to be configured as a single unit. This permits greater fault tolerance, which allows systems to consider their intended operations at a reduced level instead of completely failing.

Developed in 1987 at the University of California, RAID was initially unreliable despite performing better than the simpler single disc storage system. To get around this problem, data scientists and software developers divided levels (we’ll discuss these levels in a bit).

There are also two primary forms of RAID: hardware and software.

RAID as a Hardware

Hardware RAID provides excellent performance and is capable of supporting disk hot swapping, or where a disc is replaced without first shutting off the server. It also can reconstruct data loss faster and is a better choice for servers that are performance-oriented, but at the expense of higher cost.

RAID as a Software

Software RAID is more popular. As a more inexpensive option to hardware RAID, it is capable of offering high performance at the RAID 0 and 1 levels. Software RAID is a decent choice for smaller businesses, and is ideal for single server workstations.

RAID 10 is essentially a combination of RAID 0 and 1. Remember, RAID 0 stripes volume data across several drives in order to increase performance, while RAID 1 duplicates your data with disc mirroring.

RAID 10 combines both of these features together. And since RAID 10 does not need to manage parity like RAID 5 does, it can typically offer quicker data reading and writing as well.

Take note that many people believe that using RAID 10 (or any RAID level for that matter) is the same as a backup, but that’s not true. This is because in the event that one drive is corrupted, it becomes very easy for the data in the other drive to become corrupted as well.

A true backup means that your data has been copied and stored in another location, and the backed up data cannot be corrupted unless the data was corrupted before being backed up. As cybersecurity expert Mark Preston of Cloud Defense notes, “Practicing good web application security strategies like including backup servers or leveraging server traffic rerouting technology might be a good idea before an attack arrives…you might also consider having administrators use different accounts to perform different tasks, such as backing up data.”

RAID 10 is designed to offer superior resilience and speed than other RAID levels, as it combines the mirroring protection of RAID 1 with the performance enhancements that RAID 0 offers.

Whenever you write data in your server, you can use RAID 10 to write that data across several discs at the same time. This improves speed substantially, and the same holds true for the reading of that data as well. Data restoration is also much quicker than other RAID levels.

There are many scenarios where you can use RAID 10 to your advantage, including:

Take note that in order to implement RAID 10, you must have at least four physical hard drives and also make sure that your disk controller is RAID compatible.

The other RAID level that RAID 10 is most often compared to is RAID 5. This is because they are two of the most commonly used RAID levels.

The biggest difference between the two is in regards to how data is rebuilt. If one disc fails, a RAID 5 configuration will read the parity data from each of the other discs and then reconstruct that data. This system works, but it also puts greater stress on the system and is more time consuming.

Meanwhile, RAID 10 will read the data from a mirror disc and then copy that data over to the replaced disc. This ensures no change in the reading or writing operations, which as mentioned before, greatly improves speed.

RAID 5 is also a cheaper solution to RAID 10 because it only requires three discs (in addition to a spare drive). Both RAID 5 and RAID 10 have a maximum fault tolerance of just one disc, and both have a total RAID capacity of 8 terabytes.

In conclusion, RAID 10 offers superior speed, resilience, and overall performance than other RAID levels when it comes to storing information on hard discs. While more expensive as it needs more discs, RAID 10 is also less complicated to implement than RAID 5.

Keep in mind that each RAID level has its own unique advantages and disadvantages, and the specific level that you use must depend on your budget and expectations.

Container software provides an environment for containerized applications to run with a variety of features including storage, automation, and management. By isolating applications from...
Read more
Storage Software

Solid state drive benchmarking tests SSD performance under a variety of workloads. SSD owners that want to monitor their drive can use benchmarks to...
Read more
Storage Software

Storage automation shifts storage management tasks away from IT personnel, who can be overloaded with a myriad of modern data center needs, to software...
Read more
Facebook
Twitter
Linkedin
WhatsApp
ReddIt