Flash vs. SSD Storage: Is there a Difference? 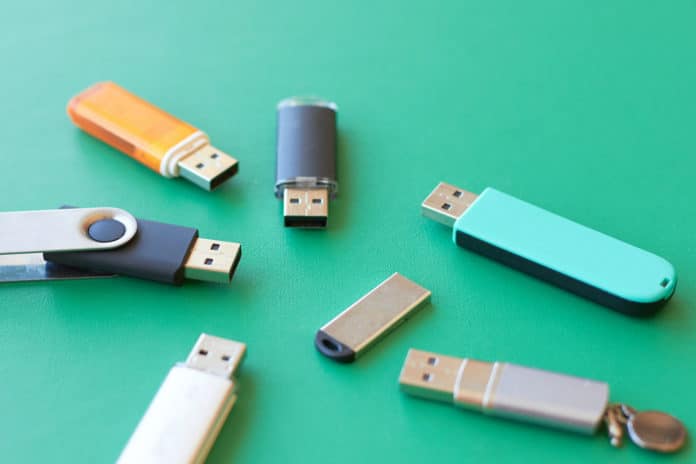 When discussing solid state drives (SSDs), many people — even experts — use the terms “flash” and “SSD” interchangeably. It’s an understandable linguistic choice because the two technologies are very closely related. However, the two terms don’t refer to exactly the same thing.

The difference between the two might be easiest to understand with an analogy. And one of the most apt analogies that gets used in the storage industry is that flash is like eggs and an SSD is like an omelet. In the same way that an omelet is made mostly of eggs, an SSD is made mostly of flash. And if someone asked what you had for breakfast, it would be understandable if you answered “eggs,” even if what you really had was an omelet.

It might also be possible to make an omelet without eggs — if you used an egg substitute, for example — and it’s definitely possible to make an SSD without flash. Right now, flash is the industry standard for SSDs, but it hasn’t always been that way. And that could change in the future.

That’s an overview of the differences between SSD vs. flash in layman’s terms. For a more technical description, keep reading.

The results of the Enterprise Storage Forum survey, Data Storage Trends 2018, provides insight into flash in the enterprise.

What is Flash Storage?

Flash is a storage medium based on silicon chips that can be written to or erased with electricity. Other examples of storage media include spinning hard drive disks, tape, CDs, DVDs, Blu-ray — even floppy disks and punch cards.

No moving parts: unlike spinning disks or tape, flash can be used to make drives with no moving parts. In general, that makes it less likely to break or fail, particularly in situations where the storage is being moved around (although experts sometimes disagree about the true reliability of flash).

Non-volatile: flash is non-volatile, which means it retains the information that it stores even when the power is off. That sets it apart from random access memory (RAM), which is also very fast but gets erased every time the system powers down.

Flash can be used for many things in addition to SSDs. For example, phones, laptops, digital cameras and video cameras, memory cards, USB memory sticks, calculators, medical devices and even some digital toys use flash storage.

It’s also worth noting that flash comes in several different varieties. The two most common are NOR and NAND. NOR was the first of the two to be developed. It is very fast for reads but not as fast for writes, so it is used most often in places where code will be written once and read a lot. NAND is faster for writes and takes up significantly less space than NOR, which also makes it less expensive. Most flash used in SSDs is the NAND variety.

If you’re in the market for an all-flash array, see our list of the best all-flash storage vendors.

The biggest downside to flash is that, until recently, it has been fairly expensive. However, as technology has improved, the cost has come down, making flash more cost effective for enterprise environments. Some organizations are even choosing to do away with HDDs entirely and convert to all flash SSDs in their data centers.

What is SSD Storage?

SSDs don’t necessarily have to use flash as their storage medium, however. The name stands for “solid state drive,” so any type of storage that isn’t in motion counts as an SSD. And in fact, historically, the earliest SSDs did not use flash storage. Future SSDs might also use a medium other than flash.

Most solid state drives use the same form factors as HDDs. This makes it easier for users to migrate from disk-based storage to solid state storage. Enterprises can purchase individual drives or SSD arrays already populated with drives. Hybrid arrays, which use a combination of HDDs and SSDs are another popular option.

The History of SSDs and Flash

SSDs have been around quite a bit longer than flash. Although some trace the origins of SSDs back as far as the 1950s, the first true SSDs hit the market in the 1970s.

The very first SSDs relied on a type of computer chip called electrically erasable read only memory (EAROM). EAROMs also appeared in some early video games, but the technology never really took off.

In the mid to late 1970s, a few manufacturers began selling SSDs based on RAM. Like flash, RAM is fast. But unlike flash, RAM is volatile, which means that when the power is turned off, everything stored in RAM is erased. This poses some pretty obvious problems in the case of a power outage, so many of these early SSDs had battery backup systems.

Manufacturers continued to refine and sell RAM-based SSDs into the 2000s. Over that time, they also experimented with other technologies that could be used to create SSDs. In the early 1980s, Intel created a product called Bubble Memory that generated a lot of buzz and was incorporated into some early PCs, including the Apple II. But its designers ran into technical problems when trying to expand the capacity of Bubble Memory, and Intel soon abandoned it.

Around the same time that Bubble Memory seemed like the hottest new thing, a Toshiba employee named Fujio Masuoka came up with the idea for flash memory. He presented his invention at an industry convention in 1987, and in the late 1980s, the first flash memory products hit the market.

That exorbitantly high price tag put flash out of reach for most applications, and it also wasn’t as fast as RAM, both of which were points against the technology. However, the non-volatile nature of flash made it appealing enough that researchers continued developing it even as they sold RAM SSDs.

In the 2000s, SSDs really began to take off, and flash slowly became more popular than RAM. Then in the 2010s, the price for flash began to drop to the point where enterprises could afford to replace older storage technologies, such as HDDs and even tape, with faster SSDs based on flash storage.

The Future of SSDs

As previously stated, today, nearly all the SSDs on the market are based on flash technology, which is a big part of the reason why people sometimes think that “flash” and “SSD” are two words for the same thing. However, it might not always be this way.

Manufacturers are continuing to look for new alternatives to flash. One of the more promising is 3D Xpoint, which is championed by Intel and Micron and sold under the brand names Optane and QuantX. Like Flash, 3D XPoint is non-volatile, and it is said to offer “1,000 times lower latency and exponentially greater endurance” than NAND flash.

However, like flash in its early days, 3D XPoint is still extremely expensive, and few products currently on the market are using it.

Other potential flash alternatives include spin-transfer torque RAM (STT-RAM), resistive RAM (ReRAM) and phase-change memory (PCM or PRAM). So far none of these other options, including 3D XPoint, has become a major part of the storage market. Only time will tell whether one of them becomes the next flash or if they go the way of Bubble Memory.

For the foreseeable future, most SSDs will continue to be based on flash storage technology. And that likely means that much of the storage industry (including, on occasion, EnterpriseStorageForum) will continue using the terms “flash” and “SSD” interchangeably.