As you know, solid state drives offer blisteringly fast disk performance compared to conventional hard disk drives (HDDs), especially when they are new. But over time, as they fill up, the performance of SSDs can decrease dramatically. This is particularly true when the data stored on them reaches about 70% of the total capacity.

The good news is that there is plenty that you can do to minimize this performance slowdown, using SSD health monitoring and optimization tools. The most effective software is often the free tools provided by the SSD manufacturers themselves: Samsung, Intel, and Toshiba’s OCZ offer effective tools for their SSD products.

Plus, there are also additional SSD tools that can be used with solid state drives from any manufacturer. We’ll look at both types in the list below.

SSD tools enable users to vary when the SSD controller carries out garbage collection and other parameters, and this can have a marked effect on the drive’s performance.

During garbage collection, data is often moved to new areas of the SSD to ensure that the individual NAND cells are all used as evenly as possible. This is called “wear leveling,” and is carried out to prevent some cells being used so frequently that they wear out and become unusable early in the life of the SSD.

SSD health tools can monitor the amount of wear that the NAND cells are experiencing, and the amount of error correction that needs to be applied. This monitors the overall health of the SSD and predicts when it is nearing the end of its life.

Since data stored on an SSD is frequently moved around for wear leveling and garbage collection purposed, the SSD itself is “overprovisioned.” This means that there is actually more storage space available than is advertised by the SSD.

This extra space is used as a staging area so that the process of moving data around can be carried out more quickly and efficiently.

If an SSD contains sensitive information and needs to be disposed of or reused, it is sensible to erase the data on it first.

The problem is that many HDD software tools that delete data by overwriting a drive multiple times cannot access all the storage areas on an SSD, such as blocks that have been marked as bad, or overprovisioning and wear leveling blocks.

SSD secure erase tools provide access to a hardware-based Secure Erase routine during which the SSD’s controller ensures that all the storage – including the areas not normally directly accessible – can be wiped clean.

Many data storage professionals have their favorite tools, which they have used over years. To be sure, an SSD health check – a true look at your SSD status – can save major headaches. Below are a list of some of these best top SSD health tools. 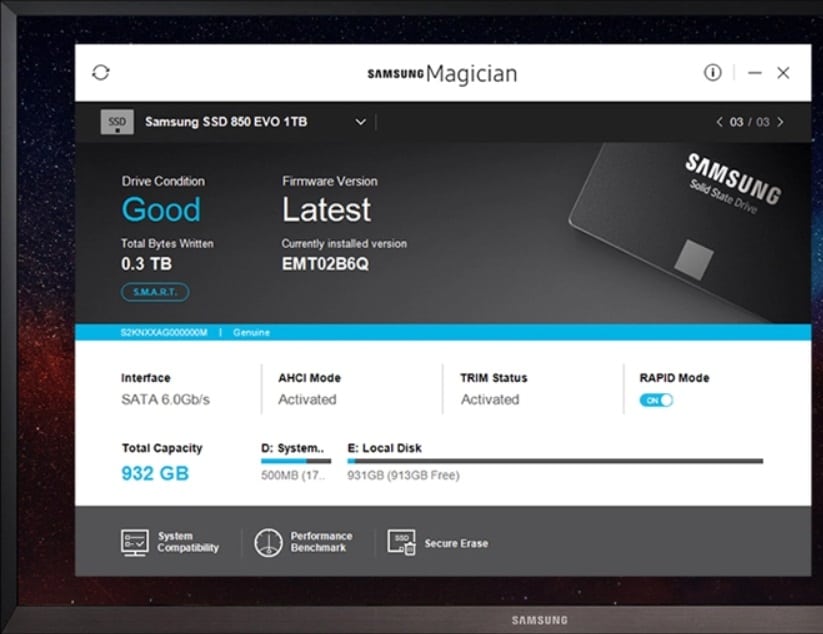 2. Intel SSD Toolbox – Intel’s SSD tool works with a wide range of Intel SSDs, including Intel Optane SSDs as well as data center, enthusiast and consumer products, providing monitoring or adjustments such as: 3. OCZ SSD Utility – This utility works with many OCZ SSDs, although not all features are available for all products. Its features include: 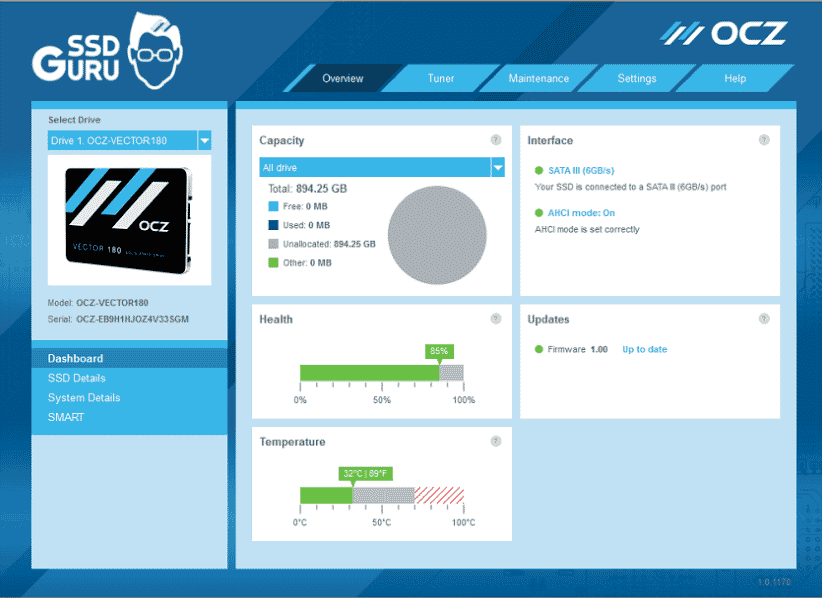 4. Crucial Storage Executive – This software tool can be used to monitor and manage Crucial MX-series, BX-series, M550, and M500 SSDs. It provides the ability to: 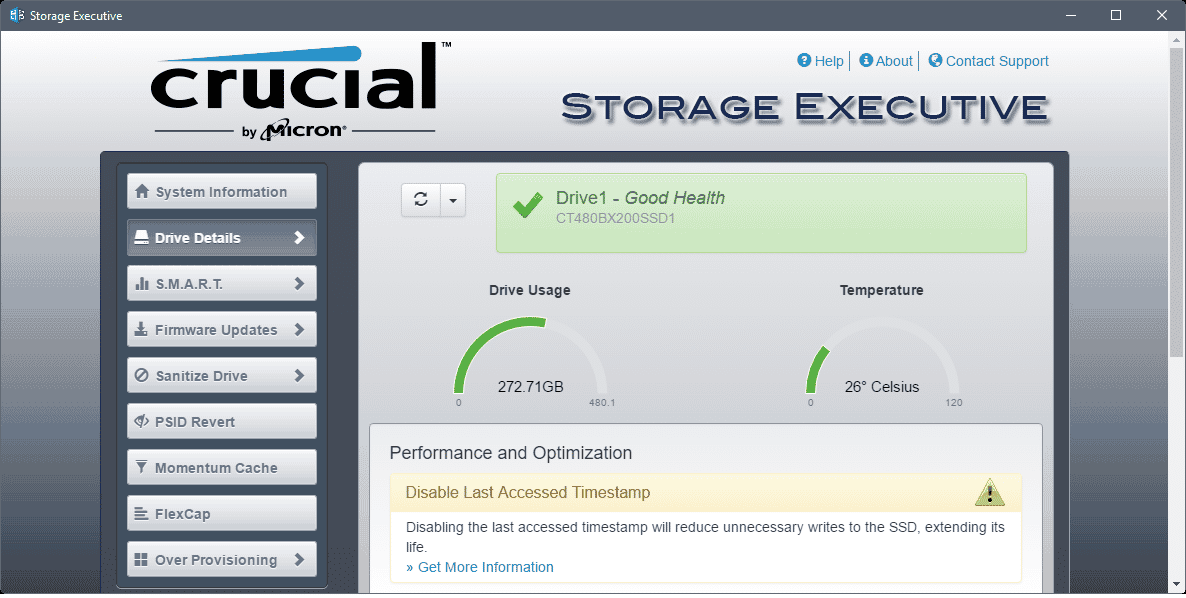 5. Kingston SSD Manager – This works with any Kingston Technology SSD, offering the ability to: 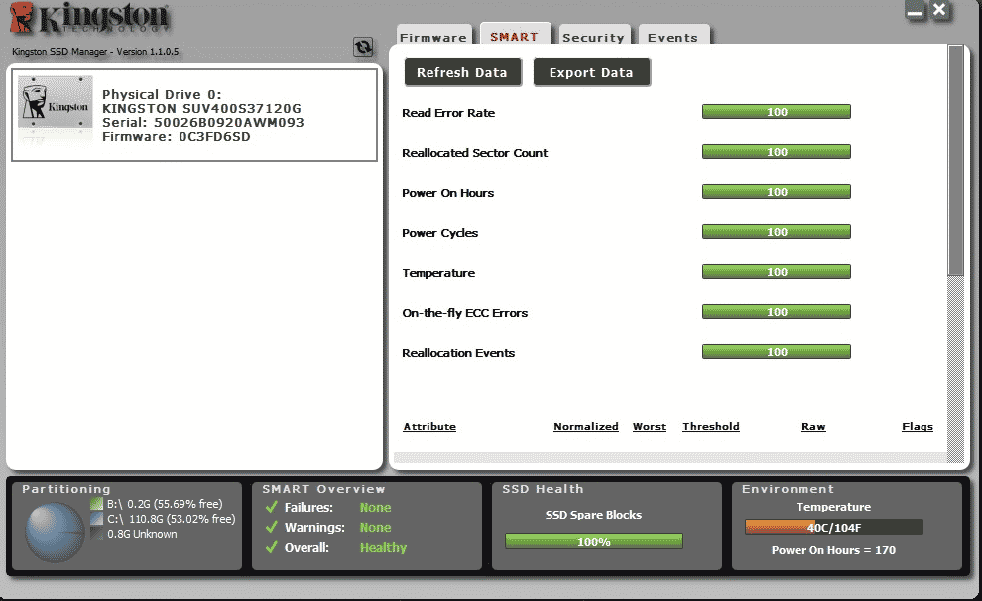 6. SSD Life and SSDReady  – These two tools work with SSDs made by most manufacturers, monitoring SSD read and write patterns and analyzing error rates and other parameters. They then use this data to predict when the SSD is likely to reach its wear limit and require replacement.

This can be particularly useful if you are installing a used SSD into a machine to ensure that it is not already on the point of failure. 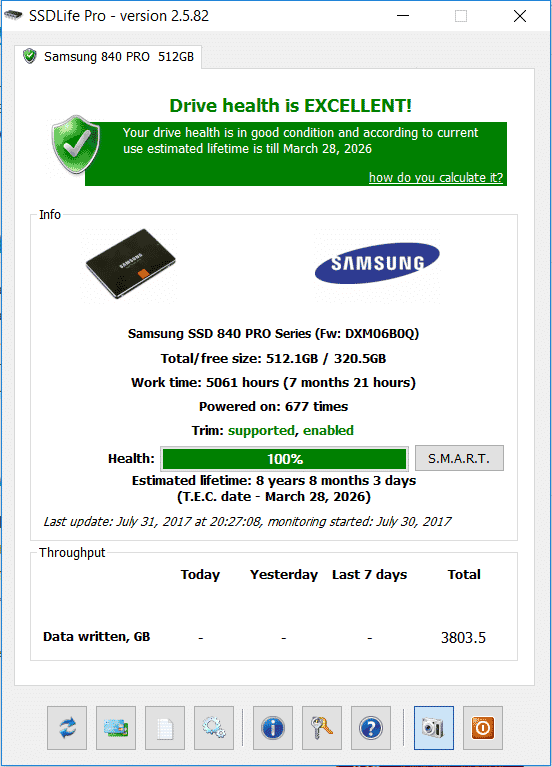 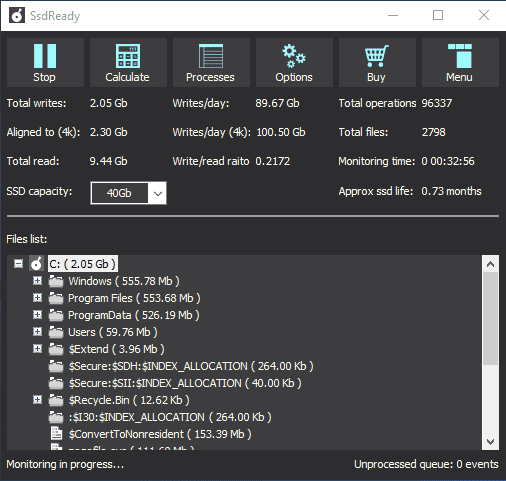 7. Tweak-SSD – This is a commercial SSD tool with a free version, designed to work with most SSDs. The software promises to: 8. CrystalDiskMark – The first of these tools is a well-respected benchmarking tool that provides a record of an SSD’s performance under differing conditions. This can be useful for monitoring the SSD’s performance over time. It also helps you decide when to carry out some form of optimization to restore performance to previous levels. 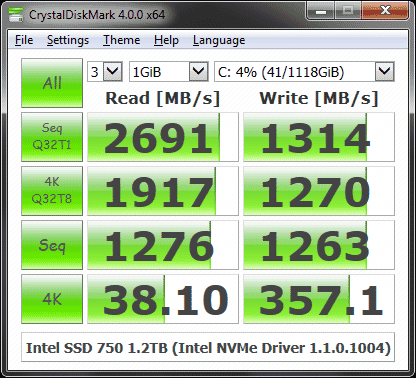 9. CrystalDiskInfo – This tool monitors the SSD’s health, notifying when firmware updates are available and providing a prediction of the time left until the drive fails. 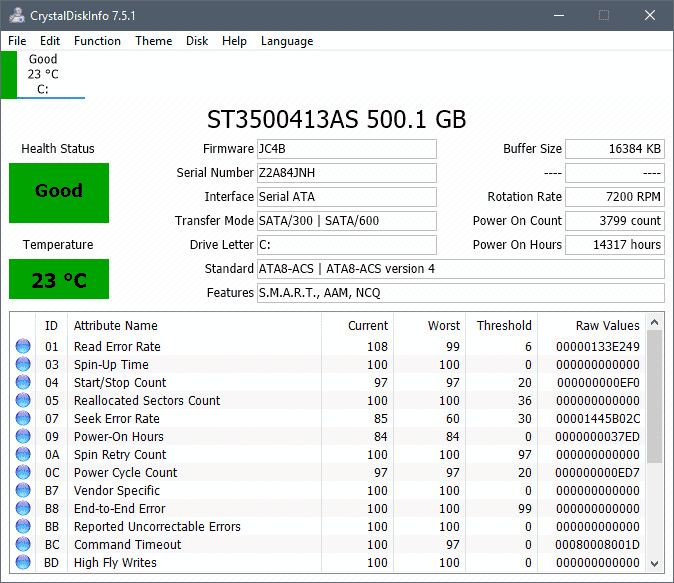 To understand the need for SSD analysis tools, its useful to understand the underlying difference in terms of SSDs vs HDDs. Because HDDs store data on rotating magnetic platters, the speed that they can begin to read or write data depends on how quickly the drive’s read/write head can be moved to the required position, and how quickly the data passes under the read/write head. This speed, in turn, depends on the rotation speed of the platters.

With an SSD, these variables do not apply. Instead, data is read or written to NAND cells, and any cell can be accessed in the same amount of time as any other. But SSD read and write speeds are asymmetric: data reads are very rapid, while SSD write speeds are somewhat slower.

The problem is that data cannot be written to a cell unless it is first erased, removing any existing information. And while data can be written one page at a time, it can only be erased in entire blocks at a time. That means that to write a single bit of data to a cell it is necessary to copy all the pages in the block containing that cell to a holding area, erase the entire block, and then write all the pages and the new bit of data back to the erased block.

Finally the holding area needs to be marked as free, as the data it contains is no longer needed. This process is known as garbage collection.

There's no shortage of vendors catering to the data storage needs of enterprises. Here are 20 top storage companies that are notable for their...
Read more
Products

Network-attached storage (NAS) allows users to access files stored on a NAS device from multiple other devices that are on the same computer network...
Storage

The rise of object storage parallels the explosion in data growth. Traditional forms of storage such as block storage and file storage struggled under...
Storage