What is Phase Change Memory?

Regardless of the acronym used, Phase Change Memory represents an innovative type of memory technology with great potential storage application use cases. Phase Change Memory offers the promise of fast RAM speeds, but can be used to store data with low power requirements.

Phase Change Memory is a technology that has been in various stages of research and development since the late 1960’s, though mainstream commercial implementation in storage has been limited. However, as you’ll see below, many vendors are investing in the technology, and it likely has a bright future.

Phase Change Memory offers a key advantage of NVRAM: unlike Dynamic Random-Access Memory (DRAM) which is another common type of system memory, NVRAM allows information to be retained when the system is powered off.

Phase change memory uses a special alloys, including Germanium Antimony Tellurium (GST), which have innovative characteristics that enable the non-volatile storage. The alloy can be altered with heat to have two different states or “phases” (crystalline and amorphous) which is how data is stored. 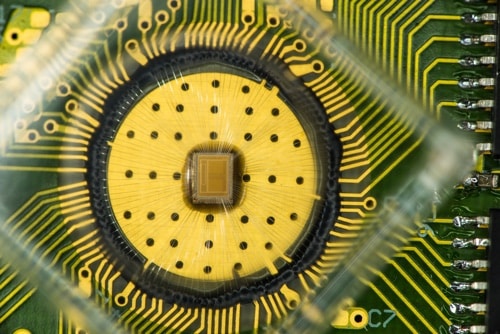 There are multiple benefits that are associated with Phase Change Memory in comparison with other types of memory storage, including NAND Flash Memory

As noted above, Phase Change Memory is a technology that is seeing major investment by major vendors. At this point, multiple vendors have been publicly talking about their PCM efforts and technology with varying degrees of success.