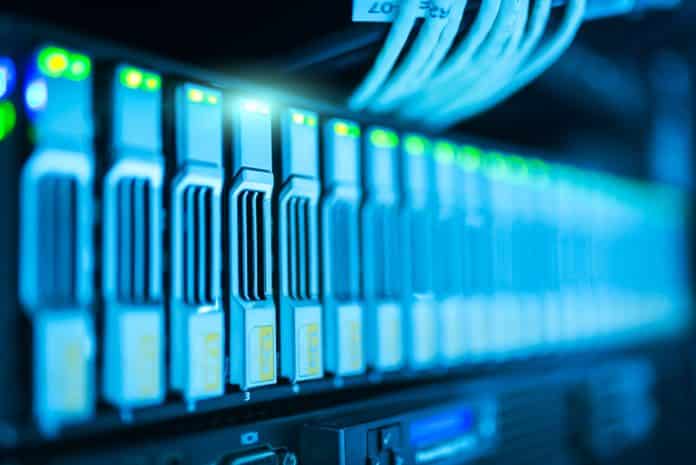 Having written about Storage Area Networks (SAN) and storage arrays for twenty years, it is interesting to cover the topic again after a hiatus of a few years.

SAN arrays used to be a hot topic with analyst firms like Gartner and IDC issuing regular vendor comparisons and market reports. Those reports have largely disappeared. (The best Gartner can do is publish a Primary Storage Array Magic Quadrant that hardly mentions the word “SAN”). It’s an indicator of the success of software and storage virtualization that the SAN arrays themselves no longer receive the attention they once did.

Another factor is consolidation. Back in the day, there were dozens of firms offering SANs of one kind or another. But many have either fallen by the wayside or been gobbled up by larger players. Dell, for instance, is in the guide a couple of times courtesy of products it developed internally and those it acquired over the years from the likes of EMC and others.

That said, the SAN array remains an integral part of the storage landscape and many thousands of them operate around the country. The basic concept of a SAN remains the same as ever: to connect a number of servers to storage devices to provide data rapidly and afford it adequate protection.

The SAN is far from being some holdout from the old days of storage, retained by some companies out of loyalty, familiarity, or stubborn determination to eke out every last dollar they spent on it five or more years ago. The technology has evolved markedly.

The world of the SAN has gotten faster with iSCSI and Fibre Channel (FC), and has evolved to include virtualization with vSAN technology. We’ve also seen the emergence of intelligent fabrics and greater cost effectiveness courtesy of iSCSI (running SCSI over traditional IP networks rather than having to invest in a more expensive FB fabric).

Thus there are two SAN choices – FC and IP. Virtualization has also come a long way in hiding the details of where data is stored under an abstraction layer. This enables storage administrators to let the system keep track of physical storage and split-path architectures supported by SANs.

Ten years ago, the SAN was a somewhat esoteric part of the storage landscape. SAN arrays and systems were typically complex and expensive – some were the size of a large refrigerator. It was not uncommon to see many placed side by side, eating up lots of data center space.

In the past, upgrades meant downtime. Fortunately, modern systems are simpler to manage. They can incorporate solid state devices (SSD) with all-flash arrays becoming the norm. Another innovation is 100% NVMe storage platforms with NVMe over Fabric protocols.

The SAN footprint in the data center has shrunk dramatically, too, courtesy of low-latency, high-density 100% NVMe flash arrays.

How to Select a SAN Vendor

Here are some selection criteria to consider with regard to SAN array procurement:

Enterprise Storage Forum rates the following among the top SAN arrays, in no particular order:

The solution targets mission-critical apps with end-to-end NVMe, real-time machine learning, and a wealth of data services. It also improves storage efficiency with a guaranteed data reduction of almost four to one. San provisioning is said to be possible in less than 30 seconds, plus it offers six nines availability and replication for business continuance and disaster recovery.

Netapp’s all flash FAS (AFF) arrays have an all SAN array (ASA) series known as NetApp ASA AFF. Yes, the naming is confusing. Perhaps it’s because NetApp was initially positioned against the SAN with its Network Attached Storage (NAS) filers in the past.

These days, NetApp offer, SAN, NAS, all flash, everything. NVMe and NVMe-oF protocol specifications are built with the collaboration of operating system, virtualization, and storage vendors and are influenced by engineering and interoperability considerations.

The VSP 5000 is available as all-flash or a combo of flash and disk. The VSP E990 is more of a midrange storage array. Both support NVMe SSDs and SCM Hitachi Vantara’s high-end and midrange storage systems leverage a common architecture and operating system, providing a simplified management and protection experience.

Dell EMC PowerStore is Dell’s midrange storage platform that is designed to address any workload. It’s single architecture for block, file, and VMware vVols supports both traditional and modern workloads – from relational databases and ERP, to cloud native applications and file-based workloads such as content repositories and home directories.

The solution also supports physical, virtual, and container-based apps and databases on one array with “6 9s” availability. This array can scale up and scale out, and IT can independently add capacity or processing power.

Pure Storage offers two arrays. The FlashArray//X is aimed at high performance while the FlashArray//C is the high capacity version. It’s a case of which attribute is favored in the enterprise, or required more by the application and environment.

The company promotes the FlashArray//X as the world’s first 100% all-flash end-to-end NVMe and NVMe-oF array. These arrays serve needs ranging from departmental to large-scale enterprise deployments. They provide performance, reliability, and availability for mission-critical operations—both block and file. The FlashArray//C is more about consolidating workloads with consistent all-flash NVMe performance and data protection.

Like Dell, Hewlett Packard Enterprise (HPE) is one of these vendors that have accumulated a lot of different storage array vendors over the years. Its portfolio includes HPE Primera, Nimble Storage, 3PAR and XP series, some of which are the remains of storage and SAN startup pioneers.

IBM continues to provide traditional SAN switches and directors while also embracing newer technologies such as all flash in its FlashSystem and hybrid arrays. There are a great many arrays to choose from such as the high-end DS8900F for primary storage workloads.

The entire product portfolio utilizes a common storage operating system, common APIs and common management to simplify integration and architectural design. They are also easy to integrate with the massive family of IBM hardware, middleware, and software offerings.

The Dell EMC PowerVault ME4 Series is more aimed at affordability, lacking the extreme performance of some of the higher-end arrays. It provides SAN and Direct Attached Storage (DAS) and is optimized to run a variety of mixed workload applications – physical and virtual – mainly for small and mid-sized businesses.